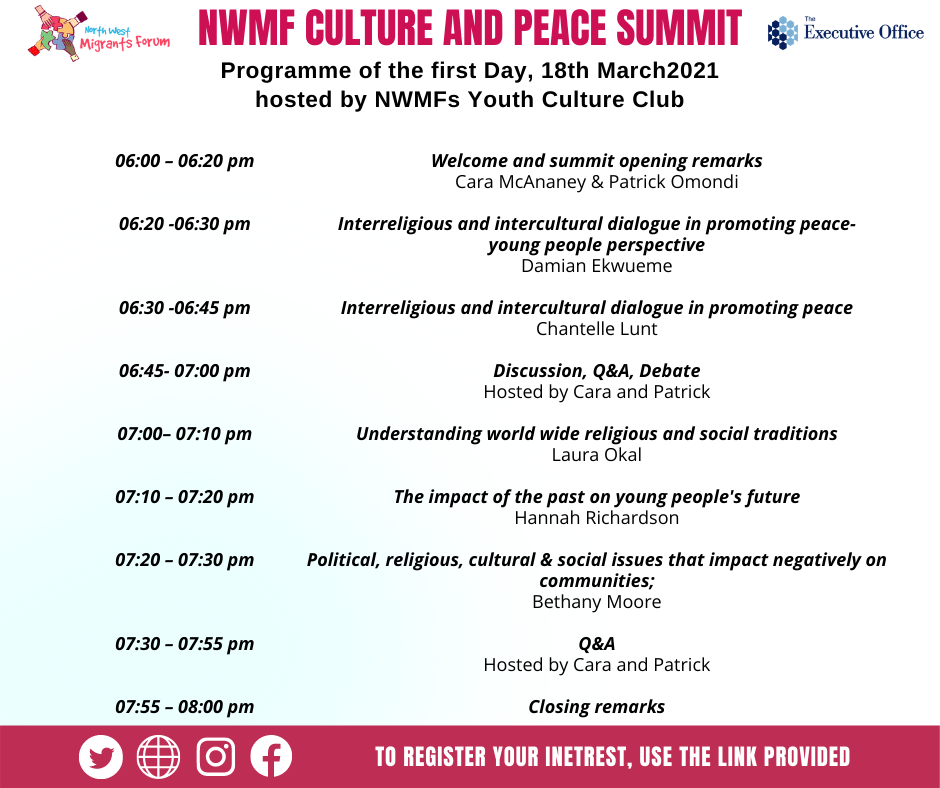 A writer, entrepreneur and activist. She has a professional background in Public Service, including her service as a Police Officer. Chantelle is founder of Merseyside BLM Alliance, one of the most proactive anti-racist groups in Merseyside and is distinctive in it’s proactive approach with arming allies with knowledge to promote racial equality.

❖ Panel members:
Bethany Moore
Bethany is a 22 year old reproductive justice activist. She is in her final year of studying law at Queen’s University Belfast, as well as being a prominent member of Alliance for Choice, Project Choice and Lucht Cabhrach. Bethany has been involved in the movement for over 3 years. She has experience organising, lobbying and has canvased for the Repeal and Decriminalisation campaigns. Within the past year, Bethany has also trained as an abortion doula in consideration of Northern Ireland’s abortion restrictions.

Hannah Richardson
Hannah Richardson is a musician from Derry and is known mostly for her role as guitarist and singer for indie band CHERYM. In 2018 CHERYM had their song Take it Back nominated for Best Single at the NI Music Prize Awards, in 2019 CHERYM took home the Oh Yeah Contender award and in 2020 had their song Abigail nominated for Best Single. In February 2021 the band signed to Alcopop! Records, an award winning independent record label based in Oxford. Hannah is also known for her activism around topics such as racism and has been a guest speaker for events such as Foyle Pride, Gasyard Feile and BBC Foyle to talk about racial injustice in Northern Ireland. Hannah is also vocal about female representation in the music industry and in
2020 began work with Safe In Sound a collective aimed at promoting equality and diversity within the music industry in Northern Ireland.

Damian Ekwueme
Damian is originally from Nigeria and moved to NI when he was 12 years old. He is currently in Belfast met which he has plan to progress from and go into Queen’s university Belfast to study engineering. He is an extremely social person and his hobbies which include going to the gym and outdoor activities such as basketball, football reflect this. He tries to balance his time between school and managing a youth group which although difficult sometimes is a challenge he welcome.

Laura Okal
Laura is a Media Manager and Training Coordinator. She is trained in Broadcast media and has worked in various Kenya Media houses as a Radio News producer/ Editor and Reader. During her course of work she has experienced the power media has and continue to have with the audience. Media remains constant as a means of information dissemination. How we relate with media is what changes. As a Media Manager and Training Coordinator she is keen in ensuring media is still used for peace, to celebrate diversity and the messages we share with our audience are clear and represent the voices and views of most vulnerable in our midst.