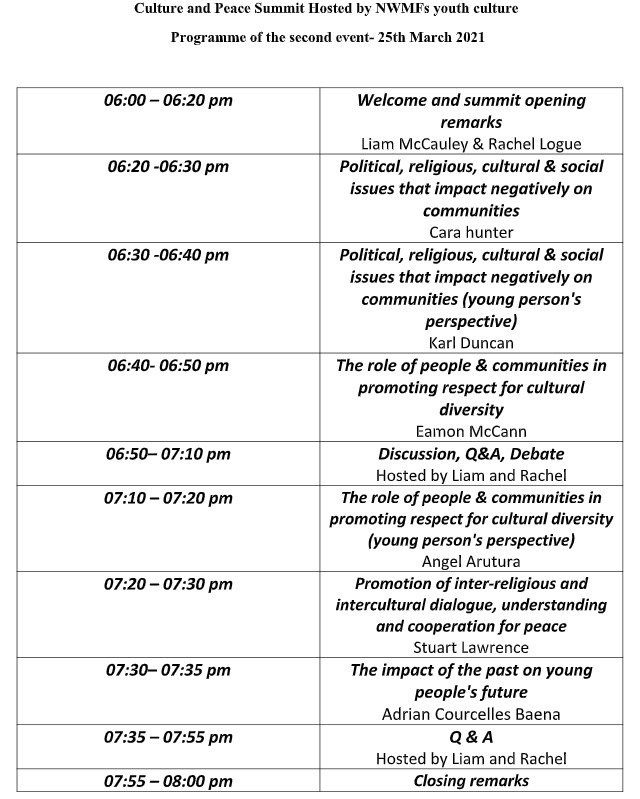 ❖ speakers
Rt. Hon Stuart Lawrence
Board member Stephen Lawrence Charitable Trust
Younger brother to the late Stephen Lawrence who was murdered in a racially motivated attack on the evening of 22 April 1993. His working life has been varied; he has worked for the Home Office, HMP Belmarsh, and has recently finished a teaching career which spanned over 15 years at a secondary school in the south west London area. Now he spends most of his time with the trust to help promote Stephen Lawrence Day (22nd April).
Cara Hunter
Cara Hunter joined the SDLP in 2017 and later became a Councillor in 2019. She later co-opted in 2020 as MLA for the East Derry constituency. Cara is now the SDLP Health Spokesperson and sits on the Health Committee in Stormont. She set up the Dual Diagnosis APG to create more accessible support and improved harm reduction models for those struggling with addiction and mental illness. She also has a keen interest in climate change, student concerns, improving and enhancing diversity in elected representatives, and creating affordable, sustainable childcare in Northern Ireland.
Eamon McCann
A Journalist, lifelong political activist and a member of the National Executive of the NUJ and of the Northern Ireland Committee of the ICTU. He is the chair of the Bloody Sunday Trust whose role on investigative journalism and decades of campaigning for justice for the Bloody Sunday families was recognised in 2010.
Karl Duncan
Karl Duncan is a 19 year old SDLP Activist from Derry and has been active in pushing the values of environmentalism, equality, and economic justice
Adrian Courcelles Baena
17 year old student from St Columbs College, currently studying for his a levels. He is a you committee member of North West Migrants Forum. He has been awarded a full scholarship to
attend Yale Young Global Scholars Summer Enrichment Programme taking place in Yale University Campus USA.
Angel Arutura
Angel Arutura is a social activist and anti-racism educator, based in Belfast, Northern Ireland. She shares positive and educational information on how people can better care for the people and the planet, on her social media. As a student activist she studies a full time Geography degree alongside advocating for a better, more equal future.

Register for the event now.