The announcement by the Public Prosecution Service (PPS) that it will not prosecute organisers of the Black Lives Matter protests, almost a full year after they were held on 6th June 2020, while welcome is long overdue. These prosecutions should never have been brought in the first place. The fact that they were is evidence of discriminatory policing and systemic racism in Northern Ireland.

The news today ​is ​ testament to the dedication and focus of anti-racist organizations and campaigners who have continued to shine a light on racial injustice in Northern Ireland.  While the North West Migrants Forum is relieved at the decision, it is notable that only black and immigrant participants were referred to the PPS. For 12 months, lawful activists have been living in the shadow of threatened prosecution.  The PPS and the PSNI have demonstrated that they are more responsive to public gatherings organized by people from the two dominant groups than those involving the minority ethnic population.  The disparity between the treatment of black and minority ethnic protestors and others is obvious. No other group was targeted by the PSNI in their homes. This is further evidence that the black and minority ethnic population are treated less favourably than both the unionist and nationalist communities.

While the PPS decision is welcome, the fixed penalty notices and fines issued by the PSNI on 6th June ​2020 ​have not been dropped. This issue is far from over​. The ​ North West Migrants Forum and allies will continue to keep a spotlight on discriminatory and racist policies in the criminal justice system and beyond.​ ​Racial Equality and racial justice are not just slogans. Northern Ireland still has a lot to learn and a long way to go to overcome inequality and discrimination.
END…… 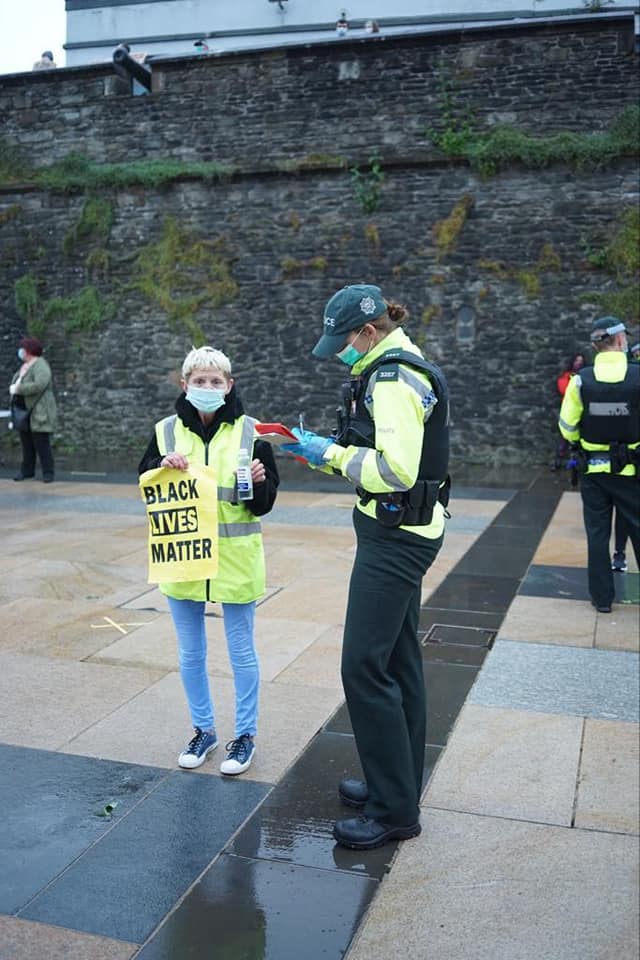